WHO are the Liberal Democrat Team?

The local Liberal Democrat team serve the community as shown by their track record -  quietly helping people to get their vaccines, helping people with services, shopping and medicines or just listening to the stories people want to share.

We, are the ones who make a positive difference ,  see for yourself – the Tarring Rainwater Gardens with its  chat benches  is just one example of what can be achieved when Liberal Democrats act with the community.

Around the country Liberal Democrats are

Every candidate for all seats here: Candidates 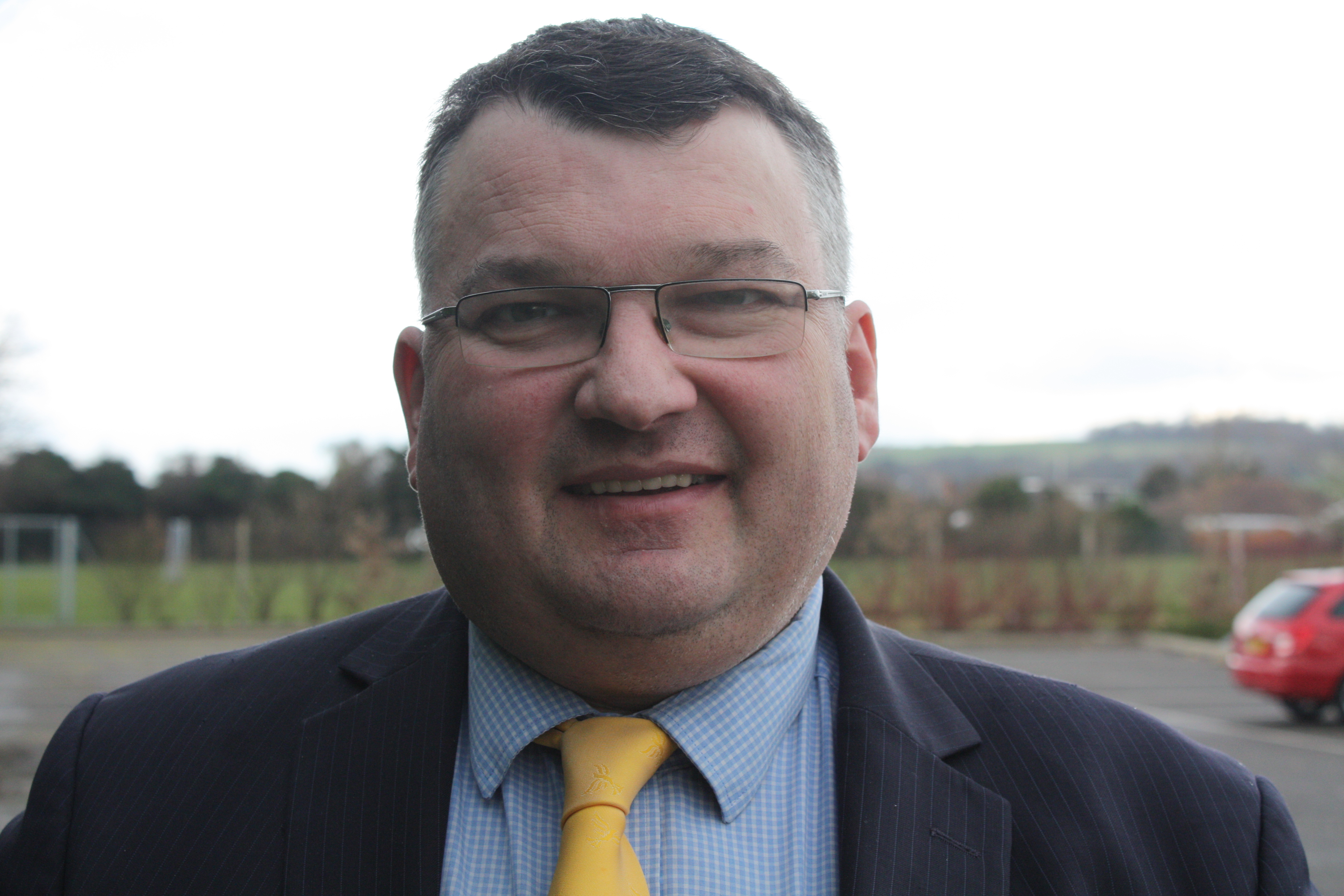 Bob Smytherman is currently leader of the Lib Dem group on Worthing Borough Council and a member of the Scrutiny Committee responsible for holding the Conservative – run Council to account in addition Bob is also a West Sussex County Councillor representing the Tarring Division and serves on the Performance & Finance select committee which has responsibility for holding to account the Conservative – run County Council.

Since Bob’s first election in 2002 he has a track record of consistently putting people before tribal party politics and always available to Tarring residents to raise concerns about decisions of the Council and along with Tarring Councillor colleagues holds weekly advice surgeries each Saturday morning at West Worthing Baptist Church from 10.30am – 12noon.

Outside of Politics Bob is Chairman of the Federation of Private Residents Associations Ltd and Trustee of Coastal West Sussex Mind and President of Sight Support Worthing and can often been seen around the town as Town Crier , a non-political appointment since being the Mayor of Worthing in 2013/14. 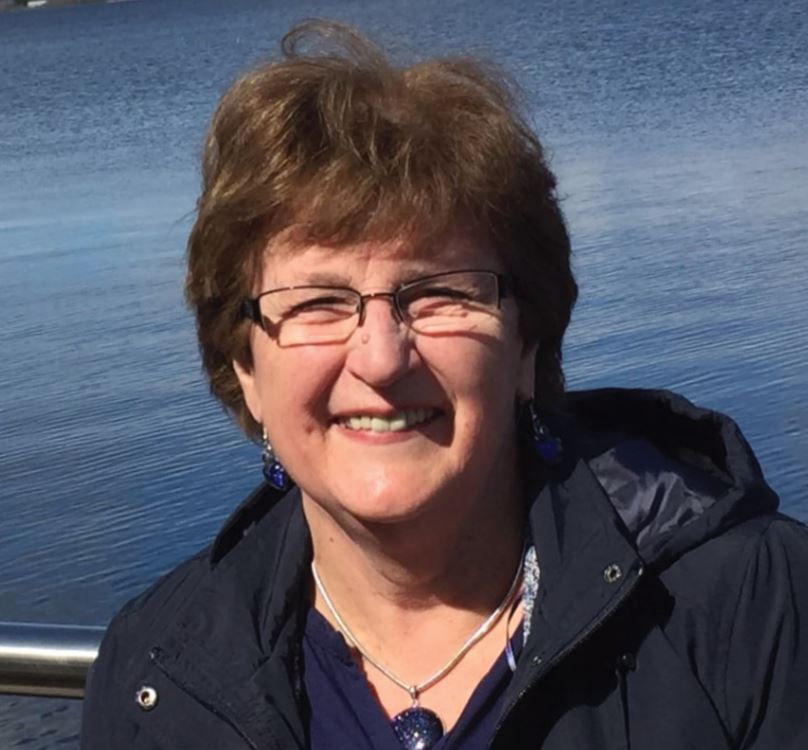 Hazel Thorpe has been an elected Liberal Democrat Councillor for Tarring since 2000. She has served as Mayor. Hazel has many interests, gardening, the arts and crafts, reading and socialising and enjoys putting her networking skills to good use in the Community. With her support, local residents have inspired Tarring as one of the first wards to work together on environmental projects, including ”Adopt a Drain “, Recycle Your Butt, and currently creating an attractive make-over of a small green space and mini rainwater garden – (work in progress with children from
a local school ) - through the continued support of Operation Watershed and Worthing Borough and West Sussex County Council.

She is currently working on policy for the Regional Executive, her aim being to initiate and support projects which will improve the quality of life for all residents. As a former senior teacher, gaining a Master’s in Education, she has always supported young people, education and lifelong learning and outside of politics, she was an Associate Governor of Worthing College, a Trustee of the Maybridge Keystone Youth Club, President of Worthing Lions and animal lover of all kinds. Hazel attends surgeries in Christchurch, the West Worthing Baptist Church and the Neighbourhood Watch alongside Bob whenever possible and is hoping to support the organisation of an Easter Egg Treasure Hunt with Super Stars in Tarring Park. 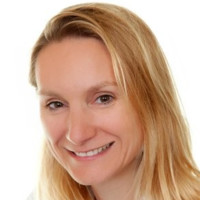 Caroline Griffiths is a mum to two children, a 13 year old boy currently at Durrington High School and a nine year old girl at the Orchards.

She has built her career in the energy and environment industry, mainly as a journalist. After spending 11 years in the US she returned to the UK to be closer to family. Her mother and brother both live locally.

Since returning home Caroline has worked for a charity that helps promote renewable energy in Sub-Saharan Africa and for an energy events company in London. As a single mum who has had to juggle a long commute with childcare and school activities Caroline is very familiar with the struggles facing families in the area.

With a French teacher for a mum Caroline was always interested in languages and she studied Russian at Manchester University and also speaks French and Spanish. She is a strong advocate for the UK to maintain close ties with Europe.

In the few spare moments between taking the children to various activities Caroline enjoys playing piano and is learning to play the saxophone. Her son is helping her to improve at tennis. She has also been known to join in at trampolining sessions. 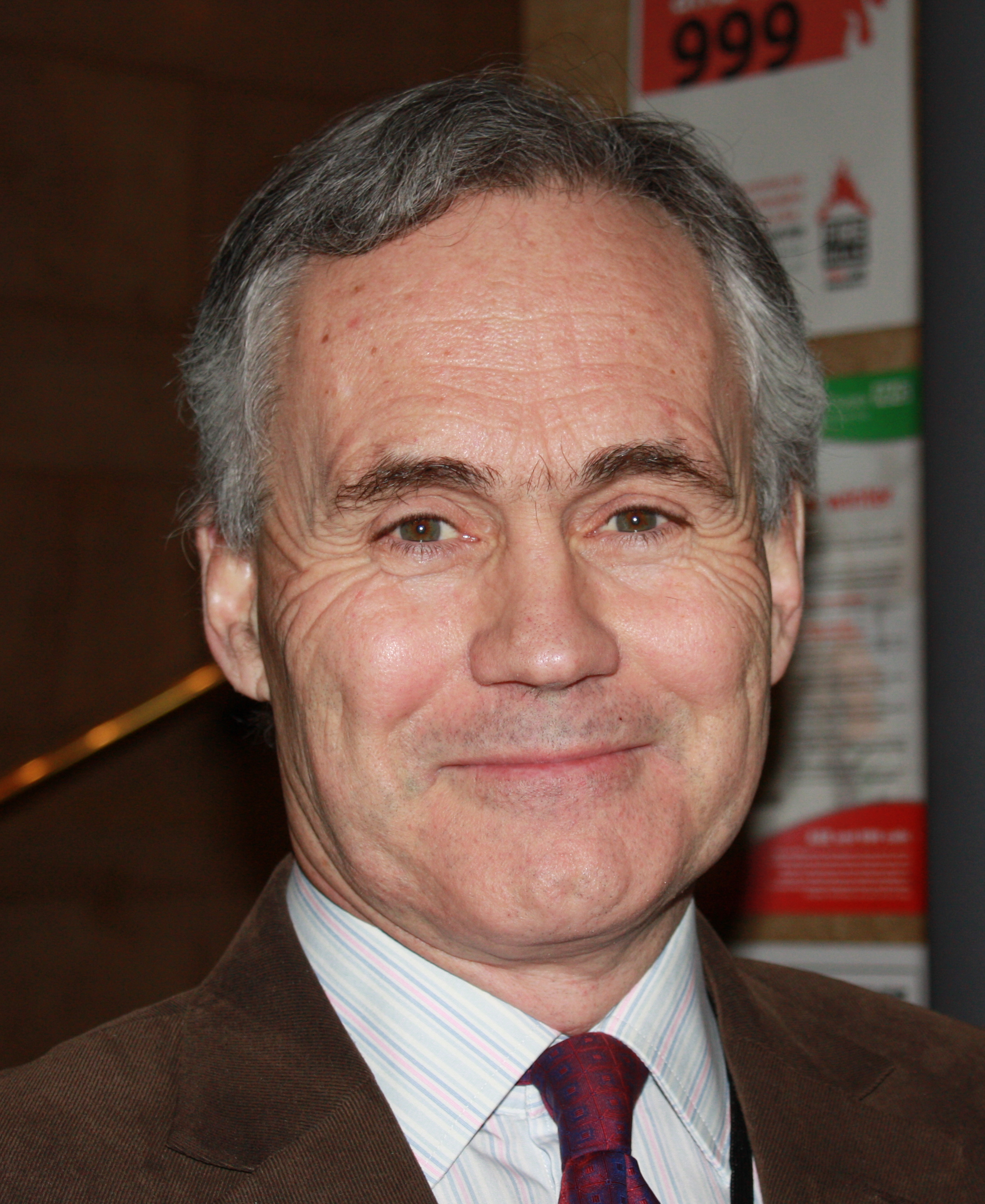 Keith Sunderland has been a Councillor for two terms and Leader of the Liberal Democrats in the second. Keith's aims in the council are focused towards helping the struggling who never seem to get a fair hand from the existing rules. He also believe that as a town we need to be building more homes for Social Rent and he will be agitating to get the Council to clearly stipulate how many houses are for Social rent rather than the catchall "Affordable Housing" which covers houses that are definitely not. Keith thinks that it should be easier to be environmentally aware and will support anything that helps towards that end as this planet needs help. Keith also believes as a consequence that increasing use of public transport should be lead by providing usable public transport rather than punishing motorists. 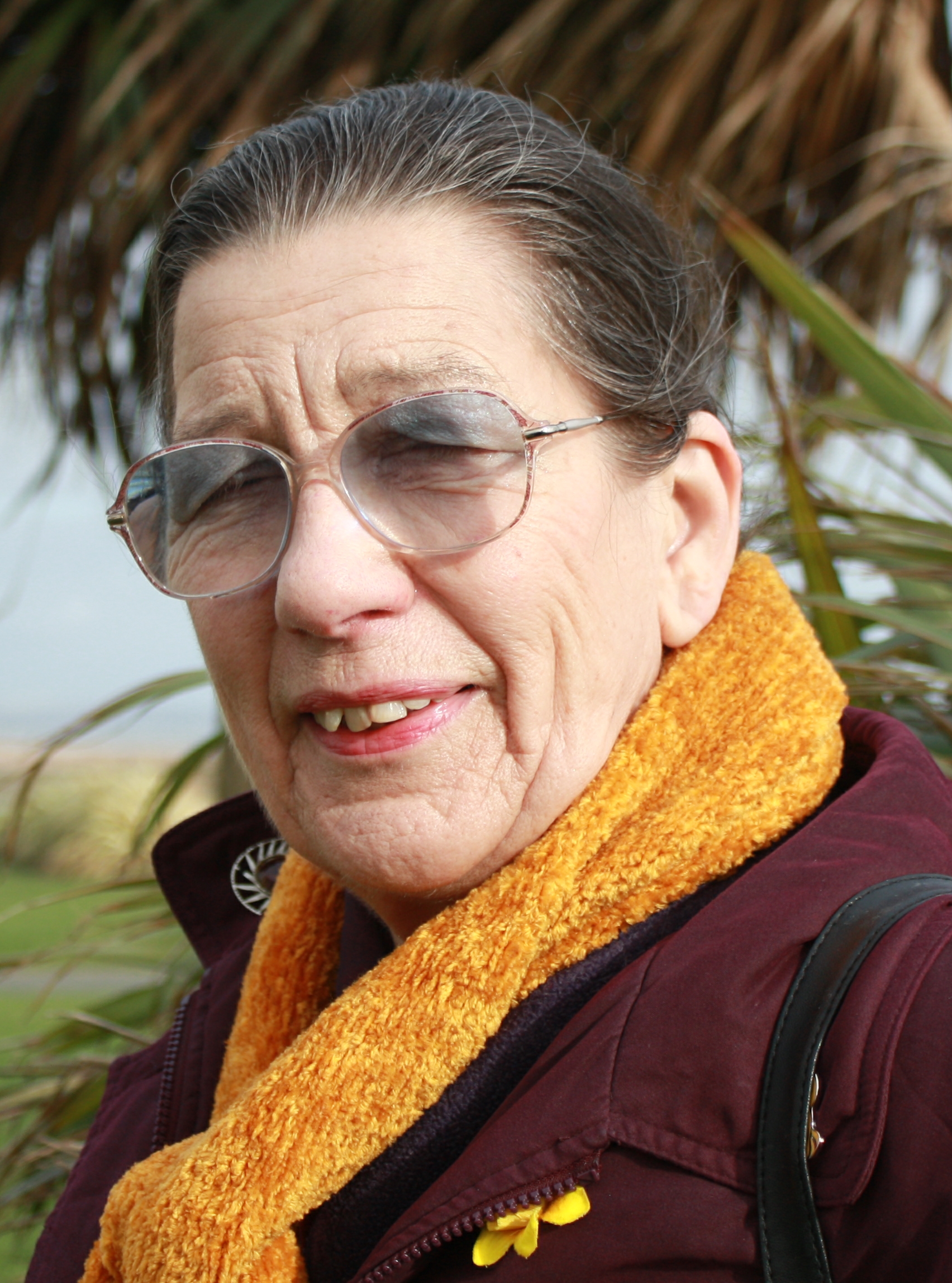 Yvonne is a Mother of 3 with 8 Grandchildren, a former NHS Mental Health Nurse, worked as a Community Housing Support Officer for a London Borough for 16 years and gained her Chartered Housing Management Degree.
In 2005 Yvonne moved to East Worthing to support her blind Mother and became a case worker with a charity that mediates between neighbours to resolve disputes. Previously chair of a young ex-offenders hostel, a Youth Club and Girl Guide leader,
Yvonne joined the Board of Governors for Davison C of E High School for Girls in East Worthing. 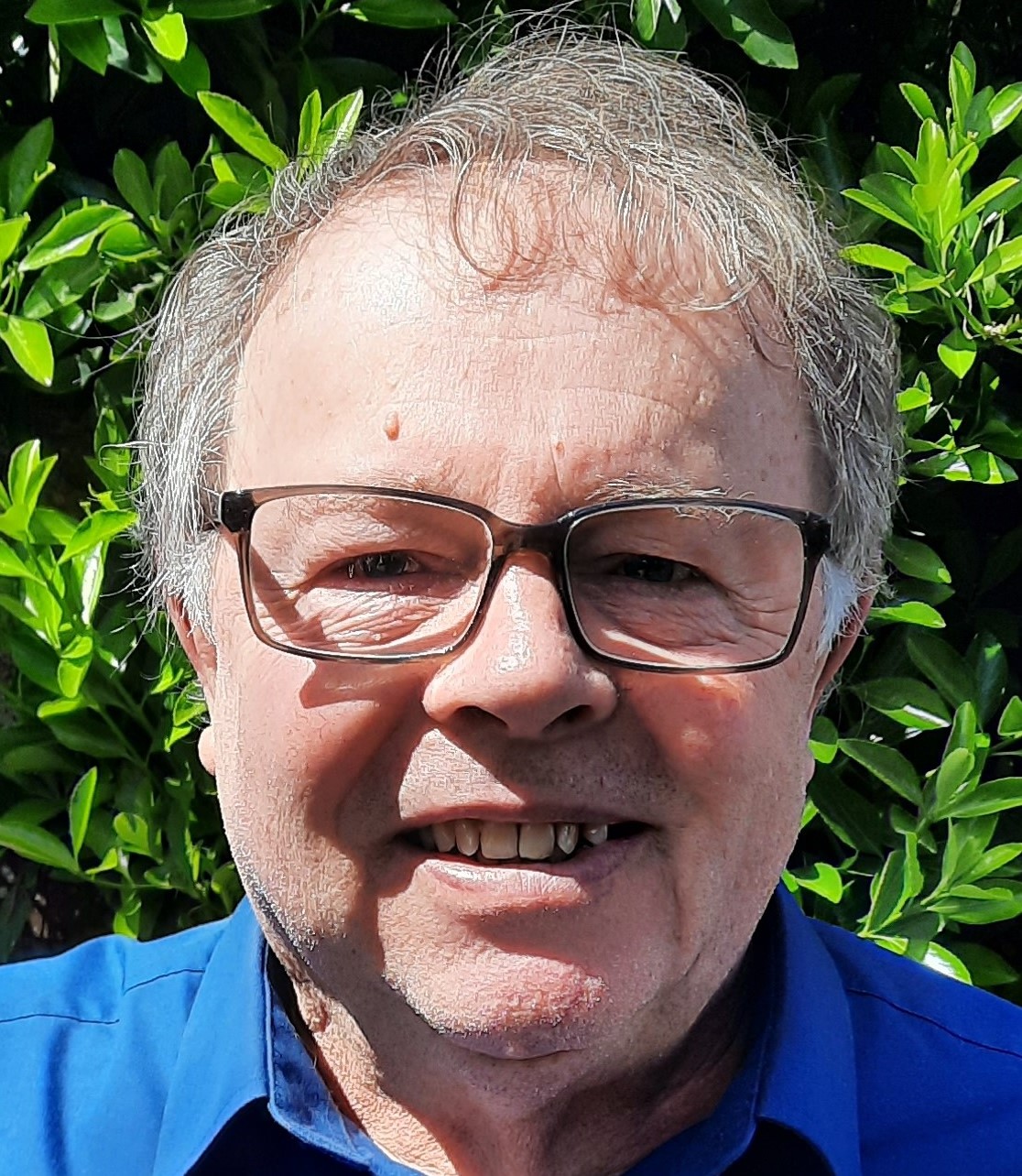 Robin Rogers has 16 years’ experience (2001 to 2017) as a Liberal Democrat Councillor, serving on both West Sussex County Council and Worthing Borough.

He has served on a number of committees ranging from Finance, the Environment, Planning, Highways, Education, Standards and Task and Finish Groups.

When not spending time with my family, he enjoys the challenge of making his layout as close as possible to a miniature railway.

He has a wealth of life experience, and serves as a Governor for Durrington High, and a Trustee for Humphrey’s Alms -houses in Central Worthing and has recently become a Worthing Lion.

He is aware of peoples’ concerns and is always happy to help as needed. 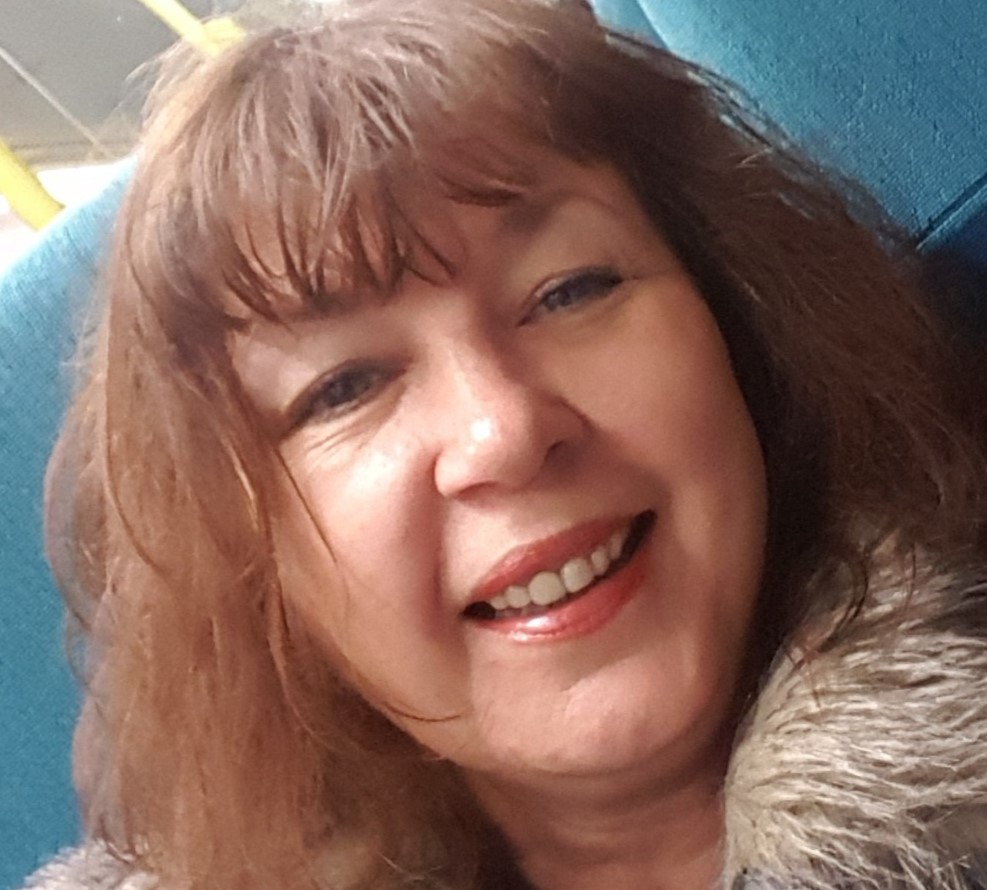 Iona Harte is a resident of Findon Valley and was on the residents association as Secretary for a number of years. She is also a life member of Salvington Windmill.

Educated locally at Worthing High School and Worthing College and went onto to qualify in Electrical Engineering at Portsmouth University.
She now works at Worthing College and is passionate about education and environmental issues and has a family and both children attend local schools. She is also Treasurer for the local Liberal Democrat party.

She is an accomplished linguist, speaking French, German and Italian. 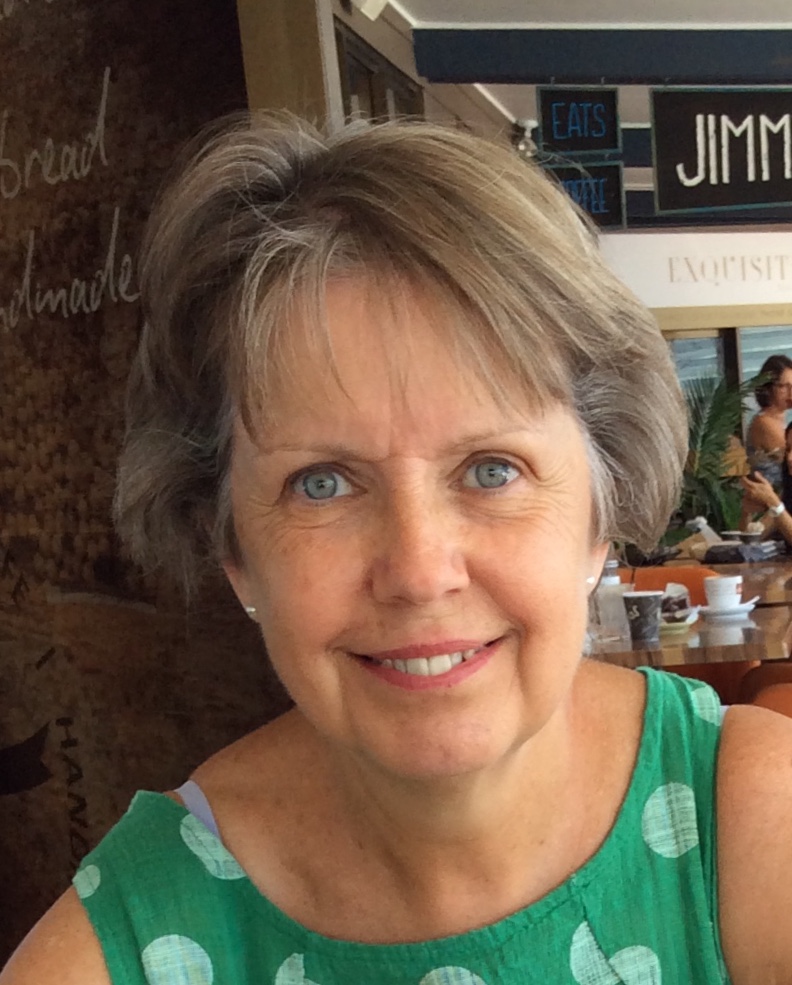 has lived in Worthing for 30 years, originally coming from London and having lived in The Democratic Republic of Congo. She is a retired  nurse and has worked in the NHS locally, also at St Barnabas Hospice and in the community. She is a member of a local church and cares passionately about the elderly, helping to run a club for lonely older people and volunteered in a Residential care home. She is married with three grown up sons. 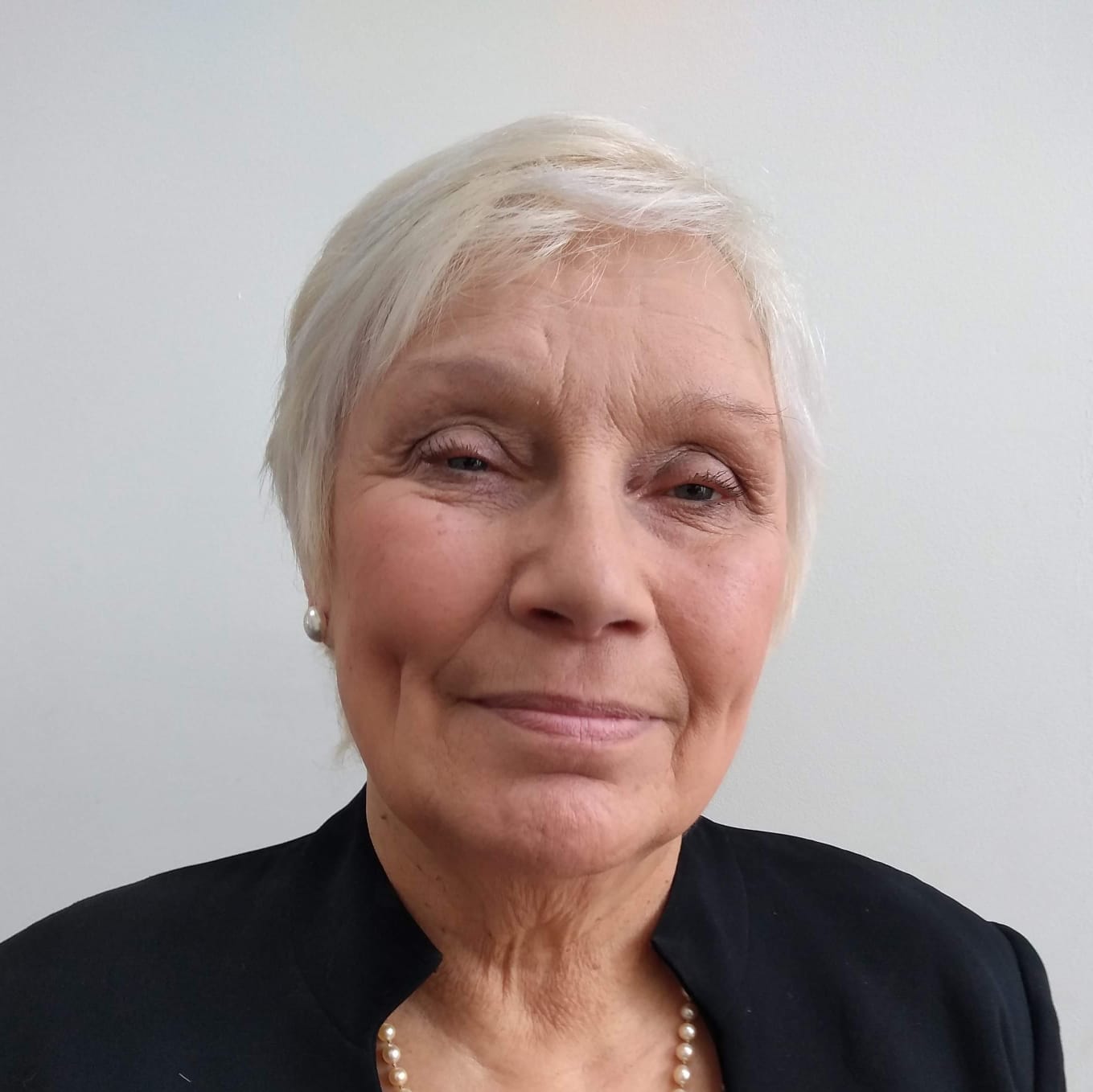 Christine Brown
Previous Mayor of Worthing and Councillor for 19 years. Was governor of Chesswood school and chairman of Worthing Animal Clinic. I have four children and nine grandchildren and have dedicated my life to supporting Worthing's residents.  I will continue to work with you for our community. 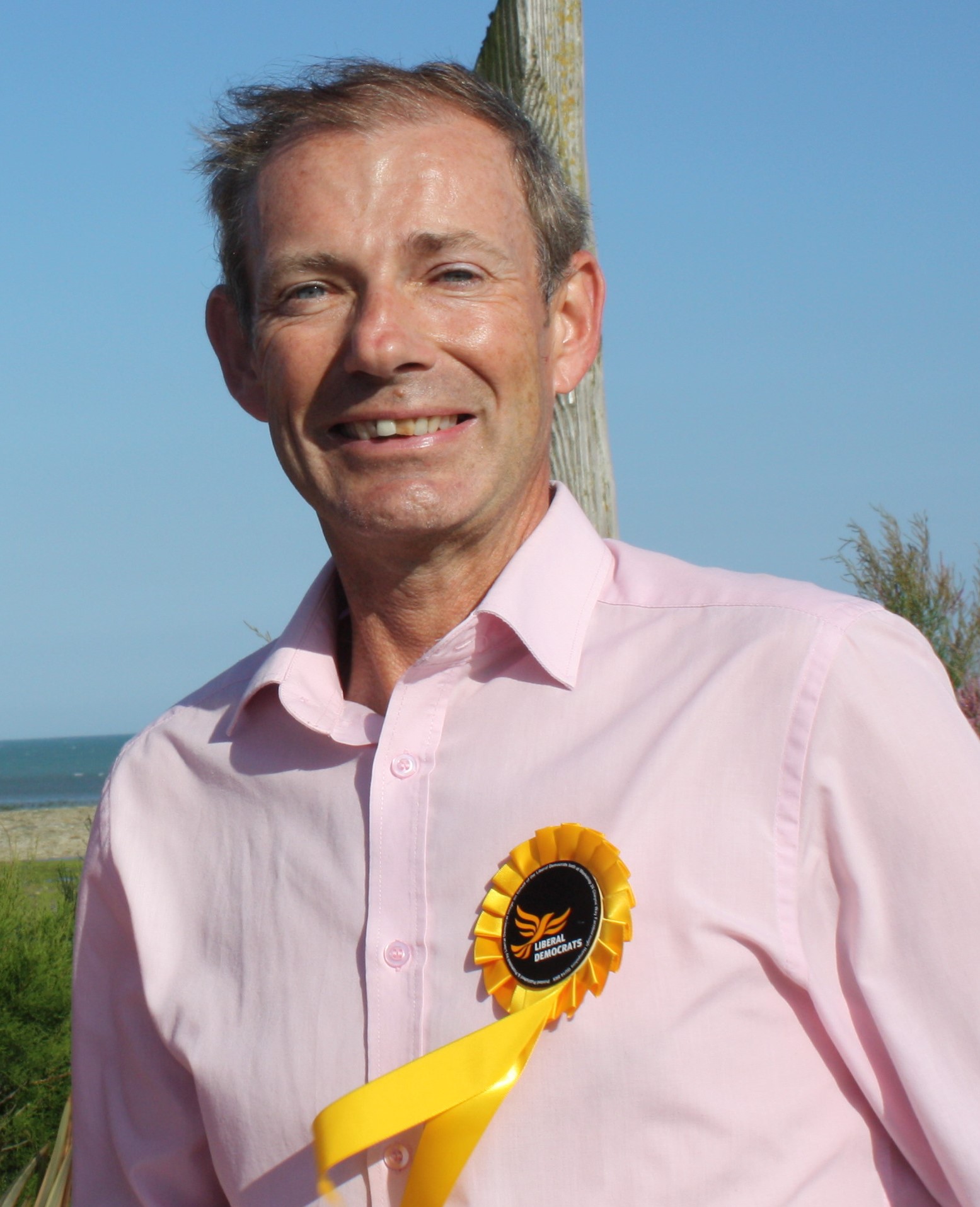 Antony. originally from Middlesex, has lived in Worthing for 32 years with his wife Sally.
He spent over 20 years as a Manager in Airline Logistics and more recently worked for Royal Mail in Goring.
He has a strong interest in promoting Worthing as a town for business and leisure, and two years ago
he established the town's first Escape Room (Time Lock), which has provided a new and unique experience
for residents and visitors alike.
With two children in their twenties, Antony is fully aware of the challenges our town is facing and will fight
to maintain vital services. He has a proven record of success, having been previously elected as a Borough Councillor for Salvington Ward.
A good listener and a hard worker, Antony has the skills to help him succeed and provide the residents of Marine Ward with a strong voice. 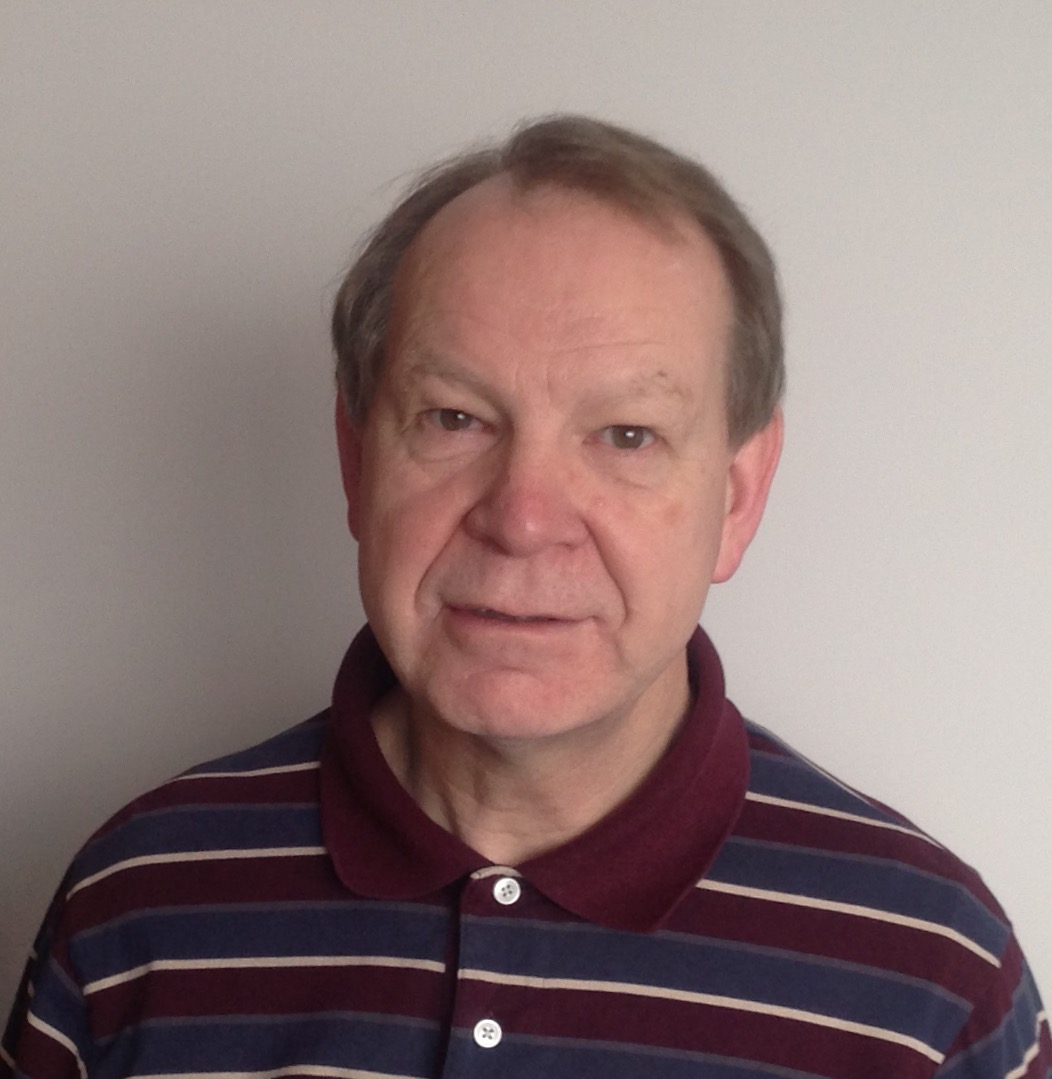 Nick Wiltshire has significant experience as a Councillor previously working hard for the community when a Councillor on Arun District Council and Littlehampton Town Council. Following 25 years working in occupational pensions administration, for the past 9 years he has worked in healthcare, including the NHS locally. Working in healthcare means listening to people, caring, being competent and working as a team. As an elected Councillor he has much experience in helping residents, listening to their concerns, working actively on their behalf and getting results for them.

Educated at Chichester High School for Boys and Kingston Polytechnic he achieved a BA (Hons) degree in Economics.

Cyril has participated in politics for several years as a Liberal Democrat. He was a grammar school lad who excelled at Maths and Chemistry - achieved an ONC in Engineering and went on to do an apprenticeship.

Over the years he was made redundant twice, so he really understands the challenges life brings. He is type of person you can go it if you need a bit of help as he cares about people.

Cyril has been an active member of the Party, attending conferences and standing as a candidate.

Cyril’s professional life was as a taxi driver, including supporting people with disabilities to travel where they wanted to go. His special interests are all forms of transport but particularly trains and international shipping.