Two Worthing councillors have held an unusual protest against potholes - by fishing in flooded holes and bringing their rubber ducks along for a swim.

The two have a track record of campaigning against the menace of potholes. They previously held a birthday party for a pothole to force the Council to get it repaired.

Cllr Martin McCabe said, "The council are ducking the issue of poor pavements and roads, as well as local flooding.

It's so bad that we went fishing in Worthing's potholes - and all we found were broken promises. These dire road and footpath conditions are a real injury risk.

We've reported these offenders but they're really just the usual suspects. They're common problem areas that the council ignore. They need to get a grip and get this sorted."

Cllr Bob Smytherman added, "Last winter our campaign included singing Happy Birthday to a pot hole which featured on regional news programmes as well national press in publications such as the Daily Star & The Economist. We won't stop drawing attention to this scourge of our town." 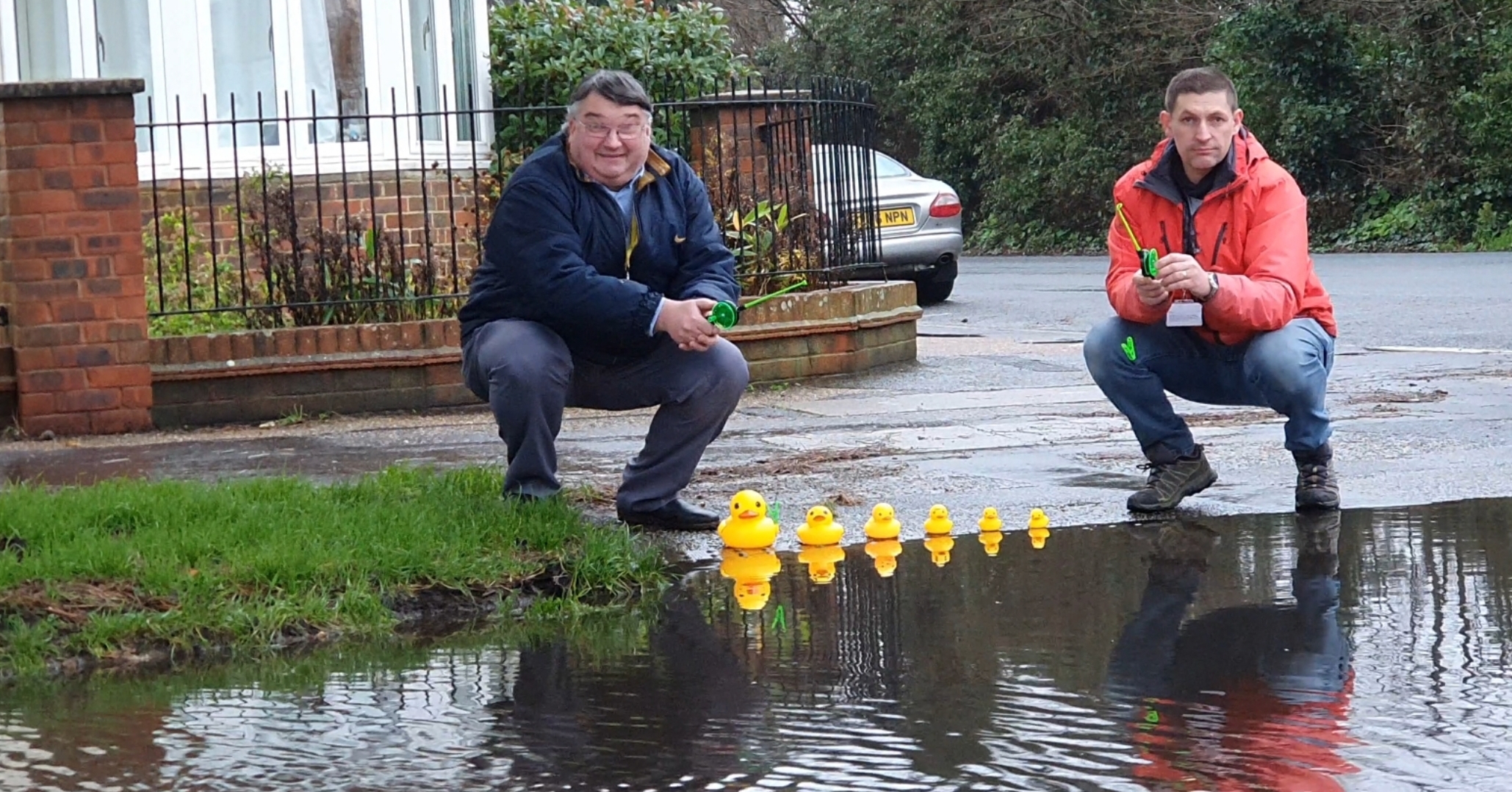